Do the means justify the end? 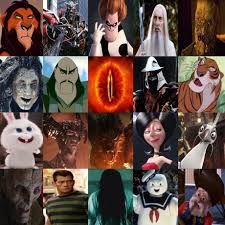 I have a philosophical question for anyone reading this. Is there anything, any cause, any person, that you would do anything for? Would you displace everything else that was important in your life for this cause/person/thing? This is something I have noticed to be a common theme in movies to make the villain in a movie appear more sympathetic, or even make you agree with their cause (probably not, but there are a whole bunch of Redditors who still think that Thanos was right. More on that later). Pretty much everyone has noticed this, and it’s pretty effective at playing with our emotions. Who hasn’t felt sympathy for classic villains like Medusa, Magneto, Dr. Doofenshmirtz (so many sad backstories), Darth Vader, and Loki. Something I have noticed in popular movies is that the villain and the hero often have the same goal in mind, the same “end”.

The thing that sets the hero and the villain apart is the means that they will go to achieve these ends. In most cases, the villain will use much more drastic means to achieve that end, usually because of something they have experienced, while the hero will usually limit the means that they use. A very popular example of this is Avengers: Infinity War. Both Thanos and the Avengers want to save the universe, but the means they use to meet that end is very different. Thanos will use any means necessary to achieve this goal, as he thinks that killing half of the universe will save it, while the Avengers will use a much more heroic (if less efficient) method to save the universe by stopping evil one case at a time. You can see these parallels between the hero and villain in most good vs evil films.

This idea actually originates from two philosophers, Jeremy Bentham and Immanuel Kant. Bentham believed that the morality of doing something was determined by the outcome of the action. Basically, how much good will it do? Kant believed that actions were morally determined by the intentions and motivations of the person. Let’s say for instance someone robs a bank, then transfers all of that money to a charity. According to Bentham, what he did was good. It didn’t matter what the robber did, or what his intentions were, as long as the result was good. On the other hand, Kant would have said the robber was still bad. Yes, the outcome was good, but the reasons for that outcome were not. These two philosophers’ ideas (called Utilitarianism and Kantianism) have been used A LOT throughout film history. The villain is usually Utilitarian while the hero follows Kantianism.

So now I want to circle back to the beginning. Knowing what you know now, would you do anything for a cause/person/thing that may result in you doing whatever is necessary?