Kicking Down Gender Stereotypes in Sports

History was made on Saturday November 28th. Sarah Fuller became the first woman to play in a Power 5 college football game. She kicked off for Vanderbilt at the start of the second half against the University of Missouri. After having won this year’s SEC Women’s Soccer Tournament as their goalkeeper, within the same month, the opportunity rose for her to try out for Vanderbilt’s football team. This situati 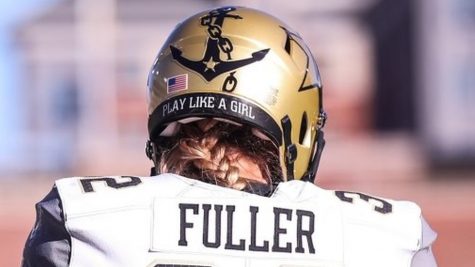 on appeared mostly as a result of COVID-19 quarantining that was required for several of the team’s kicking specialists. Fuller stepped in, therefore making history, giving women and young girls hope and inspiration to break these boundaries.

Most people have been seen congratulating this step forwards in the world of sports, but it can’t be ignored that there is a portion of people that always seek an argument and try to discredit these actions. Arguments that have been observed are, “put Stephen Curry in a women’s basketball game then”, “so a guy can play softball, right?” and similar comments about men playing in women’s sports, because it’s being allowed the other way around. There are countless people in this world that will dissect everything that they can, finding something to pick at. Whether it be how far the kick went, how well executed it was, or how long she was on the field for. But it is important to remember that despite all of the criticism, she still did something that has never been done before.

Many of these arguments are flawed because a majority of sports started off as being for men only, and a lot have stayed predominantly male. As a result of that, men have always been able to partake in sports, when on the other hand, women have had to experience what seems to be a never ending fight in order to have their own leagues and receive appreciation for what they do. A place where this still hasn’t been accomplished, is football. The highest tier league for women’s football does not reach a professional level. Like Fuller, women have been trying to pave the way for others, but it is a struggle and it will take perseverance for football to be accepted as a sport for women as well, and not just strictly men.

Men tend to either be accepted in a sport, like cheerleading, that people stereotypically take to be a women’s sport. Or they already have a separate league, like volleyball for instance, where both men’s and women’s are recognized as Olympic sports. In general, women in sports aren’t taken as seriously as men’s, from the advertising and pay to the overall appreciation and acceptance. For things to change, society and each individual has to open their mind to what sports have to offer and the different opportunities that are presented. Fans should be able to come together and celebrate whenever historical gender barriers are broken by women like Sarah Fuller.